He made it! Zack, my boyfriend, finally made it to Amsterdam last friday afternoon. We had a great week of quality time, great food, exploring, and too much beer. I was happy for his trip to be a synthesis of my daily life (still had a few classes…) and touristy Amsterdam. Like what occurred on my sister’s visit, I was able to see some things in the city that I hadn’t had a chance to yet. This will most likely be my last visitors post–but to be determined once my parents come and go–because visits will most likely get repetitive here on out!

I picked Zack up from the airport (a rare thing for me to do!) and we came back to the apartment. Like every visitor, i had to warn him that the outside (and inside) of my apartment is frightening but good enough. He wanted his first meal to be as Dutch as he could get, so we went to Haesje Claes again (see Anna’s post) and he got my favorite stamppot. I went with the mussels which were by far the best mussels I’ve had in a while. We had a few nice dinners to make up (a christmas present, valentines day, our anniversary, and my birthday) so feasting was great. Afterwards we went to celebrate Paula’s birthday in her apartment, then turned in early because Zack was beat. That first night is always rough.

For Saturday, I insisted we check out Noordermarkt for fresh vegetables and the market experience. We had pancakes at The Pancake Bakery before the market, and I was very underwhelmed compared to my regular “Pancakes!” restaurant. It was still necessary to try, because you would think pancake quality wouldn’t actually vary that much. I was getting angry because the waiters immediately spoke to us in English because this was more of a tourist attraction than the other restaurant. They also didn’t give us tap water (wanted to charge us for bottles) even though a group behind us definitely had tap water for the table and were most likely Dutch. Couldn’t believe what they tried to get away with! After the market I showed him my favorite Haarlemmerstraat and Six & Sons (see Amsterdam Cafe Bucket List). Since the weather was absolutely PERFECT for his visit, we spent some time outside at Cafe Haarlem drinking a beer and eating their famous nachos. After a trip to the regular grocery store and homemade risotto for dinner, we checked out Bloemenbar for a true Dutch night out. I got Zack on a bike that night. He only fell off once while riding and fooling around outside of the apartment. His back wheel was “drunk” as we call it (very wobbly) but he was so great about it. What a perfect first full day!

I got Zack back on the bike for a Sunday ride around Jordaan. Zack wanted more pancakes (and I don’t blame him) so we went to Pancakes! first. Everyone was out on the canals or cleaning up their houseboats for the spring and summer season. Zack said Jordaan was one of his favorite areas, and it was indeed beautiful that day. We had time to kill before going to an Irish pub to watch the Wales/England rugby match with some friends, so we got ice cream at the delicious Ijschuypje and sat on a canal. We also walked around the Spui/Singel area near my university building.

Monday was another day of adventures, slightly more touristy. We went to Sweet Cup with Nat (mainly to see Sjefke!) before getting poffertjes. Sjef wasn’t there when we got our coffee, so we planned to go back to see him later in the day on our way home. Yes, that’s correct, pancakes for a third time. We hung around De Pijp for a bit and grabbed some lunch before heading to Museumplein and the “I amsterdam” sign. Zack wanted to go full tourist. He also, however, hadn’t decided whether or not he wanted to go to the museums there because if you don’t like art, they are probably not worth it. He luckily had time to go back later. Tuesday was a great day for a picnic. We ventured to Vondelpark (which I hadn’t been to!) for a relaxing day. We explored a bit afterwards before Zack decided that he did indeed want to go to the Van Gogh museum. I did some homework while he explored. Natalie came over that evening to watch The Bachelor finale (I keep up with some American pop culture things, ok?) and we had another night in so I could catch up on a little work. 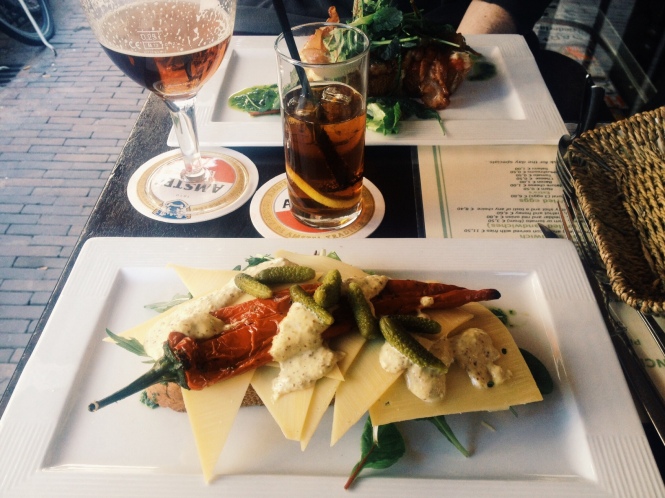 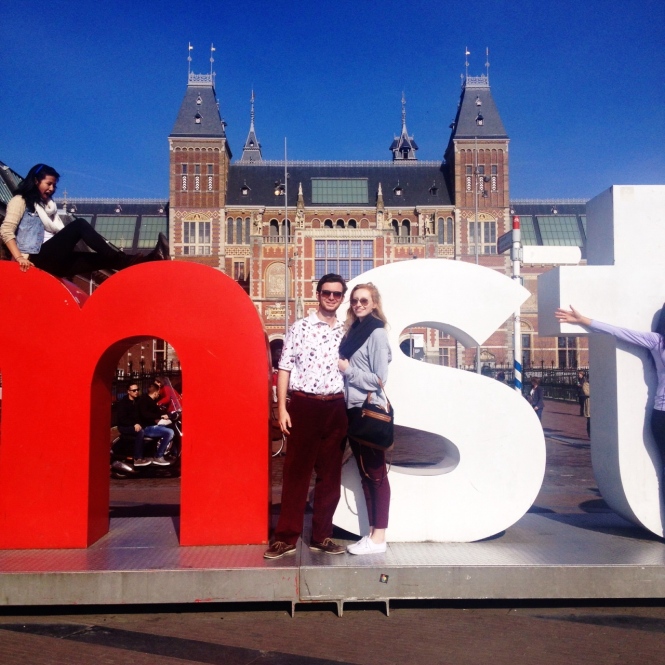 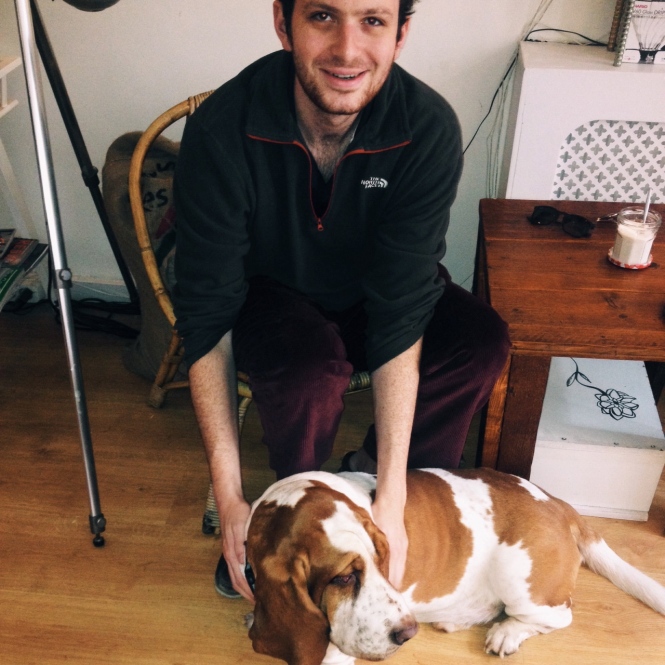 This is for Bruce

One of my favorite things to do with Zack, and to do in Amsterdam, is to see animals. We went to the Artis Zoo on Wednesday. I hadn’t been there since orientation week and now the weather was perfect again. I didn’t realize how different the exhibits were as compared to America, but they are very open… freakishly so. There are only short walls around them and the animals are pretty close. We also went into a very humid building where monkeys were literally everywhere around you, as were iguanas and birds. They didn’t approach you but it was still pretty wild. I took him to Cafe Belgique that night to have some good beers and we ended up at my neighborhood Cafe Walvis afterwards. I know he kept track better than I did, but I would guess that he tried around 20 different beers while here. It’s great for that! He allowed me to explore a side of Amsterdam that is definitely worthy of exploring but something I know very little about. New experiences all around. I had two classes on Thursday so Zack went exploring alone. I know he got lost but eventually found is way to the Rijks and explored the center a little more. Seeing Amsterdam alone is still great.

Our last full day together was Friday. It was a mashup of things we wanted to do again, a late valentines/birthday day purchase, and our nice dinner. We went to Singel 404 for sandwiches, and Zack’s goat cheese, chicken, and guacamole oven-melted sandwich was to die for. We walked around Jordaan again for a bit before heading to East Amsterdam. I took him to the Magere Bridge, also known as the thinnest bridge in Amsterdam over the Amstel river. A car isn’t able to drive on it. Couples attach locks on the bridge, which seems to be a trend in Europe. I knew this one was significant in Amsterdam so we locked one on and threw the keys into the Amstel. We went to De Pijp again afterwards to pick up a birthday present from him to me: a perfect little gold necklace with two giraffes hugging. Baby giraffes are my favorite animal. It represented our time in Amsterdam and also us. We took a coffee/beer break before heading home and resting up before our final dinner at Cafe ‘t Zwaantje. The restaurant was super gezellig and super Dutch (with that comes very casual service…) but yummy nonetheless.

I’m so happy to have the opportunity to share my experience with so many people that I love. Although I’m not coming to a new and exciting place like they are, I always seem to see more of the city than I imagine. Saying goodbye was hard, of course, but I know Zack is on his plane now, remembering the great week we had together. I think I convinced him to love Dutch things, or at least to recognize locals from tourists! I can only hope he enjoyed my city as much as I talked it up to be!

Spent this guy’s birthday in one of our favorite places, bouldering and enjoying the desert. S/O to our favorites @joshuatreenps and @lacopinekitchen 🌵